I’m not sure what I can say that can add to the loads of creativity of these finalists for Science and AAAS‘s (American Association for the Advancement of Science) 5th Dance Your Ph.D. contest. You can choose your favorite by visiting here and making your selection by October 15th. My hats off to all 36 entrants this year, you are truly inspiring and are the future of fantastic, fun and engaging science communication!

Which one is your favorite!?

Hello dear readers! Sorry I’ve been a bit sparse lately, but things seem to be calming down a bit. The Art From the Ashes show was a great success, and you can still view the remaining works at the Bastrop Public Library. I’m anxiously awaiting to hear the total funds raised for the Lost Pines Recovery Team!

However, we’ve got something else to celebrate today! Today is the birthday of one of the most creative science communicators of our time, Sir David Attenborough. He has worked on his groundbreaking BBC Life series since 1979’s Life On Earth. Here’s a clip from the very first of these films, featuring a very spry Sir A. Being in my fetal stage at the time this aired on television, I can’t help but think that maybe listening to this in the womb could have influenced my love for natural history before I was even born!

Attenborough and his team at the BBC have continued to produce ever-impressive films in the Life series. I’ve often said to my colleagues that I think one could get a very good biological education just by watching these films. I’ve yet to see Frozen Planet, the most recent series in Sir Attenborough’s repertoire. What do you think!? I’m sure it’s very fascinating, indeed! 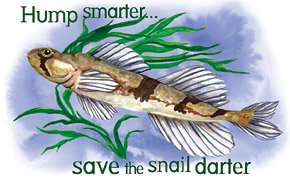 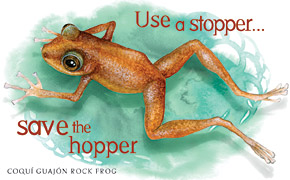 Lest you think this is a joke (as I did at first), you can visit the Center for Biological Diversity’s 7-Billion and Counting site and their newsletter Pop X. The world’s population is slated to hit the 7-billion mark this October. The Center for Biological Diversity‘s Endangered Species Condom initiative is their attempt at creatively (and, hey, practically) – dare I say – driving home the connection between overpopulation and environmental destruction.

“Overpopulation and overconsumption are the root causes of environmental destruction. They’re driving species extinct, destroying wildlife habitat, and undermining the basic needs of all life at an unprecedented rate.” -Center for Biological Diversity

The CBD is relying on volunteers to distribute the condoms at public events across the US. You can even sign up to help them reach their goal of distributing 100,000 free condoms in 2011, which is a bit shy of their 2010 quota of 350,000. Maybe this map will help you decide whether or not your geographic area is in need of more free Endangered Species Condoms. Just look at that distribution!

The images used on these clever condom wrappers were donated by the Endangered Species Print Project (ESPP). Since I study endangered species, this project hits pretty close to home. I love it! The ESPP creates art prints of critically endangered species in series that are limited by the number of animals (or plants) remaining in the wild. For example, there are less than 100 Panamanian Golden Frogs left in the wild, so ESPP founder Jenny Kendler’s print of the creature is limited to 100 prints. This project  grew out of a fondness for nature and animals shared by ESPP founders Jenny Kendler and Molly Schafer:

” [they] met during their graduate studies at The School of the Art Institute of Chicago, where they bonded over nature-geekery, including a studious interest in animals, wild places and natural pre-history. Since 2005, Kendler and Schafer have been collaborating on projects relating to art and the environment.”

To learn more about ESPP, they have a great blog and a Facebook page that features many of the ESPP’s biocreative endeavors. All of the prints are available for about $50, and the proceeds go directly to organizations that benefit each endangered species. Now if only we can do a print for the critically endangered Barton Springs Salamander!? *Hint, hint Jenny & Molly!* I just happen to have a watercolor print and access to a rhyming dictionary!

Just a little heads-up that I’ll be chatting about the biocreativity blog on one of my favorite radio shows They Blinded me with Science tomorrow, Monday, October 3rd from 8:30-9:00pm on 91.7FM KVRX in Austin, Texas.

They Blinded Me With Science is a killer student radio show at the University of Texas that features all kinds of cool science. If you’ve never tuned in, why not start now? It’s on every Monday from 8:30-9:00pm and you can listen even if you don’t live in Austin by visiting KVRX.org! You can also follow TBMWS on Facebook and @blindbyscience on Twitter.

As an alternative to the rising cost of attendance at our institutions of higher learning, consider just going to your local record store instead. There, you have access to a variety of educational resources for exploring such diverse subjects as… 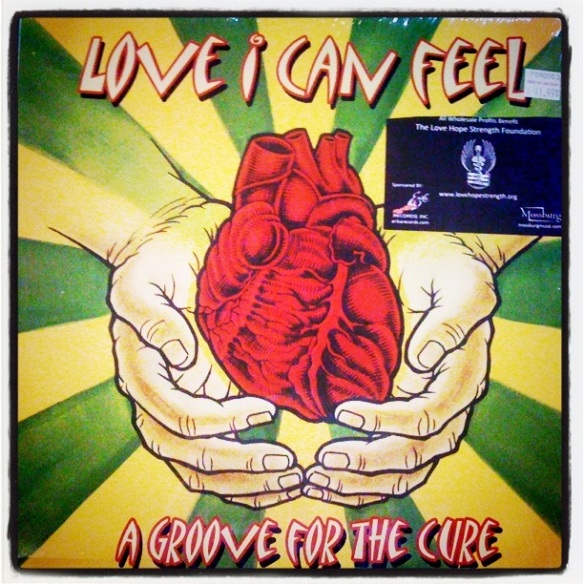 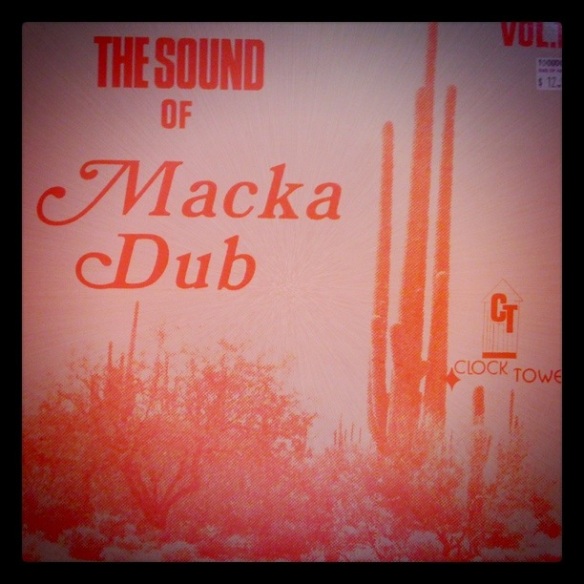 Who knew they could be born with stripes? 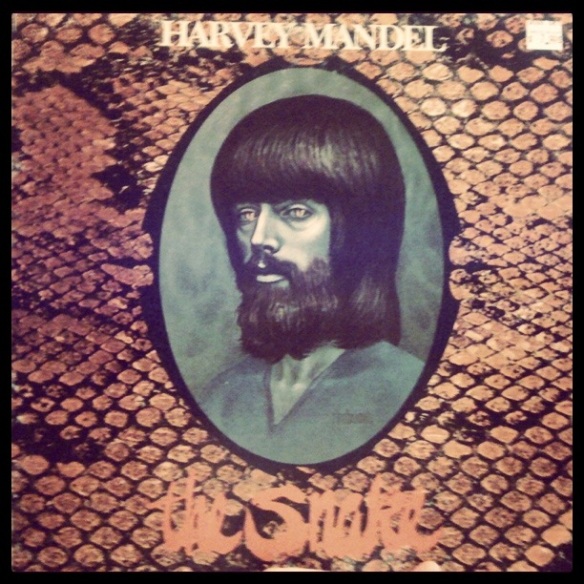 This public service announcement was photographed at End of An Ear in Austin, TX and is sponsored by the Ridiculous Education Costs Offset by Record Didactics (R.E.C.O.R.D) educational program.

This blog is a lot of fun, but it takes a lot of hours to research and write each week. If you enjoy what you read here, please consider making a donation.

Biocreativity is a member of the Science Artists FriendFeed curated by Glendon Mellow!